Music Generation Sligo (MGS) was established in June 2011 and the first phase runs for three years to June 2014. It aims to open the door to performance music education for every one of Sligo's 16500 children and young adults under the age of 18. MGS is being developed in partnership with public and private music and education providers in the county and regionally. MGS is based at Sligo VEC. MGS has already created seven new jobs in Sligo with more good news to follow next year.

“...the music partnership programme provides a backdrop which enhances tradition and provides continuity to sustain a whole new generation of musicians in Sligo...Sligo VEC is delighted to be lead partner.” Shaun Purcell, CEO Sligo VEC

Music Generation Sligo has received significant funding from U2 and the Ireland Funds through Music Generation to make this happen. This has been matched to local funding from the steering committee groups, Sligo VEC, Sligo County Council, Sligo Education Centre, Sligo County Childcare, Cranmore Regeneration, the Department of Environment, Heritage & Local Government, the Coleman Centre, Sligo Music Academy, Sligo School of Rock, Comhaltas and the private music education community. It is hoped to attract sponsorship in 2012 as further support for the projects.

“Music Generation is Ireland’s National Music Education programme, initiated by Music Network (the Arts Council funded development agency for music) and enabled by a €7m philanthropic donation - €5m from U2 and a further €2m which is currently being raised by The Ireland Funds. Music Generation will be funding up to twelve Music Education Partnerships during its first phase, six of which have been selected already. We are delighted to have the opportunity to work with and support Co. Sligo, who have proposed an exciting and ambitious high quality programme.” Rosaleen Molloy, Director, Music Generation.

"MUSIC ON THE STREETS"
Students from Grange Post-primary celebrate the start of "Discovering Music", one of six Programmes established by Music Generation Sligo
Photographer: Brian Fallon © 2011


Sligo is the first county in Ireland to start the roll-out of actual activity with the first three of six our core programmes across the county already underway. They are designed to get young people playing, listening, trying instruments, going to a gig, buying music, dancing, and of course making and performing music.

The first four programmes are underway and will have involved almost ONE THOUSAND children and young adults in Sligo by Christmas. “Sligo is lucky to have a terrific range of music activity, but we need to make sure its accessible to all. Music Generation Sligo opens the door to all. This is happening because of the partnerships across the cultural, education and youth sectors in Sligo. The programmes have been created in response to a demand for services, job creation and a joining of dots!" Jessica Fuller, Co-ordinator Music Generation Sligo.

DISCOVERING MUSIC is a short introduction to music [4-6 weeks]. A PERIPATETIC service, the course is being offered FREE to every child and young adult. Six music tutors are working on this programme.

RESOURCES & FACILITIES
A) County Instrument Library and Five Band Rehearsal Rooms
B)Rehearsal Rooms for teens - GET IN ! Space to create and play! Five rehearsal rooms are to be established at the five ‘hubs’ across the county to facilitate ease of access for bands and music groups, songwriters and composers.

PERFORMANCE PROGRAMME:This is all about making and playing music. MGS will be rolling out a series of activities and projects. The first is "Sing Out Sligo" -a Public Art Composition Commission & Performance Project.

MGS is establishing a Youth Music Committee and is making a call to all young people call us and find out more.

"Music Generation will significantly advance achievements in music education in Sligo to date. Sligo County Council Arts Service has prioritised innovative and quality music development programmes in Sligo since 1999, working closely with the music and education sectors locally and nationally. We are confident that this partnership approach is the best way forward for Sligo Music and is one of the key building blocks towards a Creative Sligo. The legacy will be a new generation of musicians and audiences." Rhona McGrath, Sligo County Council Arts Service

GET INVOLVED and open the doors to music in Sligo! www.musicgenerationsligo.com


DISCOVERING MUSIC is a short introduction to music [4-6 weeks]. A PERIPATETIC service, the course is being offered FREE to every child and young adult. A pilot team of eight part-time music tutors (all linked to sligo) devised the DM programme in autumn. MGS then appointed six tutors to deliver the programme which started in November, and is being delivered in schools, youthreach projects and childcare facilities. By December 2011 just almost ONE THOUSAND Children and Young Adults will have started the DM programme and learned about music. The programme continues until June 2014.

INSTRUMENT AND FACILITIES A County Instrument and Equipment Library has been established. MGS will be building this up over the next three years for the public. A range of acoustic and electronic instruments - string, brass, woodwind, percussion, keyboard will be added to library over the coming years. In three years, this instrument library will be available across the five hubs, with access for children and young adults to instrument loans. This is being developed in partnership with the Coleman Centre and Sligo County Library Service.

GET IN ! - Rehearsal Rooms for teens Space to create and play! Five rehearsal rooms are to be established at the five ‘hubs’ across the county to facilitate ease of access for bands and music groups, songwriters and composers. A 'backline of equipment will be put into each of the spaces. This includes drum-kit, acoustic/bass/electric guitars,speakers, keyboard, mics & other equipment.
Two GET IN! spaces are to be set up before Christmas....watch this space.

PERFORMANCE PROGRAMMEThis is all about making and playing music. It is the intention to create five "hubs" across the county. MGS will be rolling out a series of activities and projects and inviting groups and organisations to get involved, to use the spaces and to interconnect via MGS. The first project is "Sing Out Sligo" -a Public Art Composition Commission 2012. Music Generation Sligo will appoint a composer to create a new composition for Music Generation Sligo. The composer will be working with choral and instrumental groups(current and yet to be established!) with a view to a performance in the future. 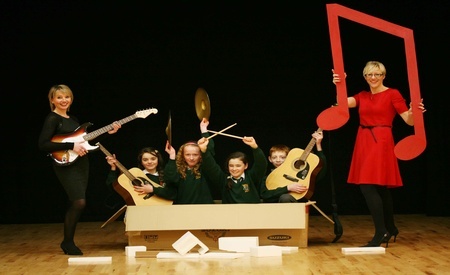 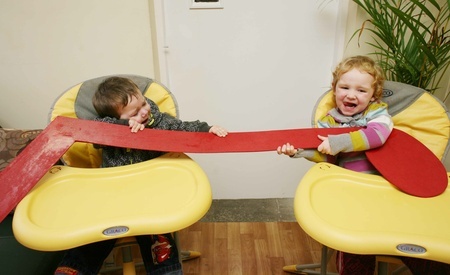