Delegates at the Atlantic Rim 2017 Summit dinner in Farmleigh House were brought to their feet on Tuesday evening 12 September, as the Music Generation Carlow traditional Irish music ensemble ‘Reelig’ performed an energetic and intricate set of traditional tunes which captivated the audience, and earned the ensemble two well deserved encores.

Held over three days from 11 – 13 September, the Summit was attended by Ministers and professional representatives from Aruba, California, Finland, Iceland, Ireland, Ontario, Scotland, Sweden, Vermont and Wales, as well as delegates from Education International, and the International Confederation of Principals. The Summit was organised and supported by Boston College, LearnLab, and IMTEC Foundation in association with the Irish Ministry of Education. 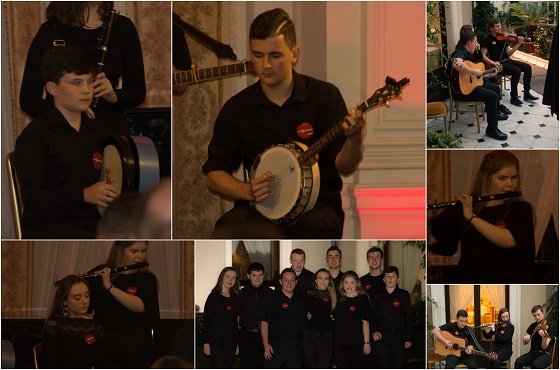