​On Saturday, 10 February 2018, 55 Young Musicians from County Laois will take to the stage of the National Concert Hall, Dublin, as part of the 23rd Annual ‘Festival of Youth Orchestras’, hosted by the Irish Association of Youth Orchestras (IAYO). Under the baton of renowned composer Elaine Agnew, whose works have been performed worldwide by artists including the RTÉ National Symphony Orchestra and at major festivals including the BBC London Proms, the Laois School of Music Orchestra will perform ‘In My Back Garden’, a 20-minute suite of music written for them by Elaine.

The IAYO ‘Festival of Youth Orchestras’ is a non-competitive event that aims to give youth orchestras and their young players the opportunity to perform to the best of their ability on Ireland’s national stage. In addition to bringing together ensembles from various counties, this event also celebrates the achievements of youth orchestras in communities and schools throughout Ireland. To date the Festival has featured performances by more than 8,000 young musicians, including previous performances by the Laois School of Music Orchestra in 2009 (in collaboration with the Midlands Youth Orchestra) and 2013 (with Carlow and Lir). 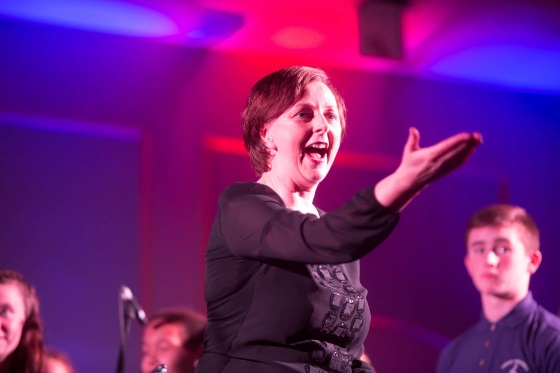 The 2018 ‘Festival of Youth Orchestras’ will involve almost 500 young musicians and span two separate concerts across the day, at 3pm and 8pm. The Laois School of Music Orchestra will perform as part of the evening event.

For tickets and more information about the IAYO ‘Festival of Youth Orchestras’ visit: nch.ie or phone the National Concert Hall Box Office at: 01 417 0000.

For more information about this and other Music Generation Laois events and initiatives contact: