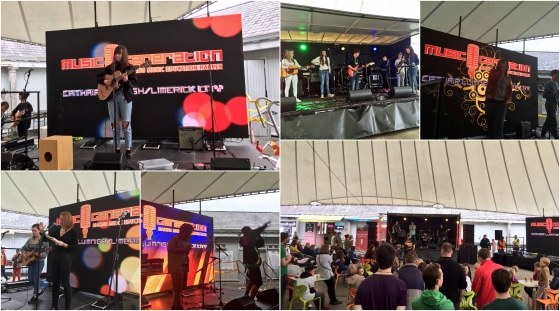 Ahead of the evening gig at the Milk Market – aka ‘The Big Top’ – each of the young musicians will take part in collaborative, creative workshops to develop their skills in composition, improvisation, ensemble playing and performance. Working both as a full collective and in smaller groups they will have an opportunity to make new connections and share learning with musicians from different Music Generation areas, and to work alongside tutors and mentors from other counties in Ireland. With the support of the professional Music Generation tutor team they will also compose an original piece of music, which will be premiered at the event on the main festival stage.

Check out some of the previous songs recorded as part of Limerick Voices on their SoundCloud Stream:

For more information about this and other initiatives at Music Generation Limerick City contact: