Find Your Local Music Generation
A group of skilled young musicians from Louth came together in the Oriel Centre, Dundalk over three days this summer to participate in Music Generation Louth’s Pick Up and Play Summer Sessions.

Throughout the course of the programme the musicians were introduced to modern song writing and production techniques, working in groups to write, produce and record their own music under the guidance of expert musician-mentors. The young musicians were given access to a variety of guitars, keyboards and drums, while also learning about modern technology and recording techniques using equipment such as samplers and loop pedals. 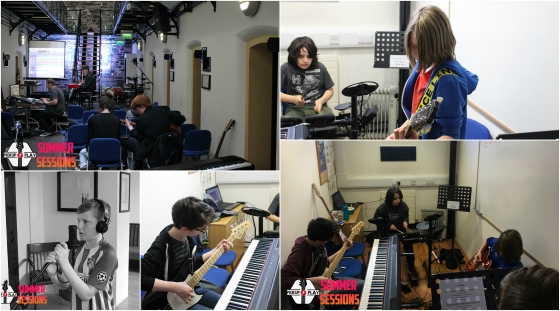 In just three days the groups created, produced and recorded three fantastic original songs, ‘If Only’, ‘The Other Guy’ and ‘Gun Fight’. You can listen to all three tracks now on YouTube:

The Pick Up and Play programme will continue into the academic year, giving more young musicians an opportunity to participate in centres in Dundalk, Drogheda and Louth.

To find out more about how to get involved in this and other Music Generation Louth initiatives, contact: