Find Your Local Music Generation
A host of summer camps are taking place for children and young people in all Music Generation areas of the country, providing opportunities for young musicians to enjoy music making throughout July and August.

The Cliffs of Moher were alive with the sound of Music Generation Clare and Music Generation Limerick City on the 12th of July, as more than 100 musicians of different genres and styles performed three shows in just over three hours, all with the support of Clare County Council. 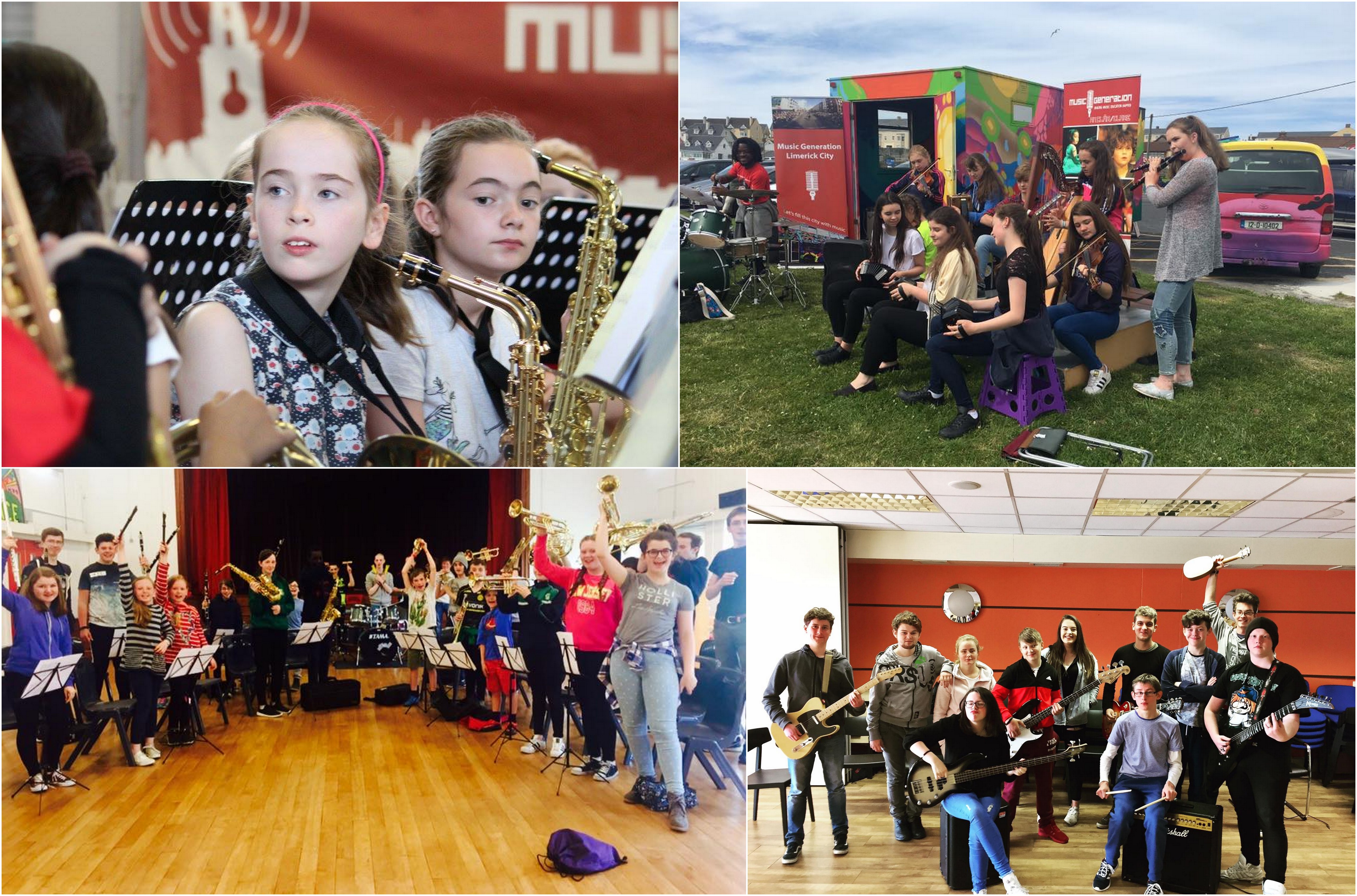 Young musicians in Cork City had the opportunity to write their own lyrics, rap, sing, make beats, record songs all as part of the GMC Beats Summer Camp in Knocknaheeny. While along the Lee young brass musicians took part in the Cork Summer Band Camp, and young singers tested their range as part of Summer Sing!

Limerick City hosted The Great Big Summer Adventure at the Creative Centre and a Creative Workshops for Teens across various locations in Limerick City.

Corda Connections in Louth is an ideal summer camp for young string players aged 8 to 18 years – from those just starting out on their journey or instrumental learning to the very experienced looking to develop new skills. Music Generation Louth also had Pick up and Play Summer Sessions, a Youth Wind Band tour, and participants in the International Harp Festival, An Chúirt Chruitireachta.

Mayo was jammin’ this Summer with the Jam Bands camps in Claremorris; the Soundworlds Explorers Summer camp for ages 5 to 7 years; Parent and Toddler Sessions for ages 1 to 3; The Core; and the announcement of a new Harp Ensemble, for young harpists aged 10 to 18 years.

There’s a treat for all budding John Coltranes in Sligo, as the Sligo Jazz Project Youth Academy, Europe’s biggest summer school of jazz, prepares to get underway. And this week the hugely successful Musical Horizons Summer School 2017 sees participation from 145 participants age 7 to 17, working with 23 tutors in Summerhill College, Sligo.

And summer is full of opportunities for young musicians at Music Generation Wicklow – including Rock Camps in three locations, a Traditional Music Camp, a Samba Drumming Camp and an iPad Music Camp for teenagers.

That’s just a snapshot of the wonderful music-making happening across the country. Don’t forget to follow us on Facebook and Twitter for daily news, updates, photos, videos and more from our partners throughout the summer months.